Is it RIP for the PC? Contemplating the Impact of Mobile Computing

iPads. iPhones. Android tablets and smart phones. iOS. Windows 8. Surface tablets and Windows phones. ARM chips. Combined, this group of products and technologies is being charged with the death of the traditional PC that’s been around in one form or another since 1982. But, is the PC really on death’s doorstep?

Indeed, sales trends of PCs, the rise of BYOD (whether encouraged, tolerated or ignored by corporate) and the rapid emergence of a mobile-connected society seem to support the idea that the PC is on the way out. The PC sales forecasts also seem to support the idea of the disappearing PC. In a recent report Gartner noted that “manufacturers do not have any ‘compelling’ reason for people to buy their products.” The research firm forecasts a meager “…3.8% annual growth – a total of 352m units – after having forecast 9.8% growth only three months ago, and 15.9% growth at the start of the year.” (1)

For sure, employees are looking for something more than the standard corporate PC offering. Looking at the graphic shown below (made famous by Microsoft and me at the 2012 IAITAM ACE Conference), (2) it becomes clear that the mobile devices have dominated the consumer IT space and users are introducing them into the workspace at an unprecedented rate.

In fact, the growth of mobile platforms (we really need a catchy acronym for these things) has outstripped the growth of the Web when it was new. This year research firm Flurry Analytics noted that iOS and Android adoption is ten times greater than PC adoption during that technology’s rapid-growth phase in the 1980s. The firm discovered that mobile platforms gained users twice as quickly as the Web during its go-go period in the 1990s, and three times faster than recent social networks. Those figures are based on the first five years of adoption of all of the referenced technologies. (3)

So, is the PC ready for the grave? On June 1, 2010, in an interview with the Wall Street Journal, Steve Jobs famously coined the phrase “the post-PC era.” He told the Journal, “…the PC has taken us a long way. They were amazing. But it changes. Vested interests are going to change. And, I think we’ve embarked on that change. Is it the iPad? Who knows? Will it be next year or five years? … We like to talk about the post-PC era, but when it really starts to happen, it’s uncomfortable.” (4)

“Uncomfortable” is probably an understatement. Consider the impact on an organization that undergoes a significant change in the end-user computing environment. Let’s assume, for a moment, that a mid-sized firm decides to upgrade from Windows XP® to Windows 8®, and replaces a majority of PCs with Surface® tablets (or any other Windows 8 tablet, even those without a keyboard) using Office 365®, Intune® and SkyDrive®, and the rest with Windows 8 compatible laptop or desktop computers. This appears to be a logical move, as the company’s employees have been bringing tablets and smart phones to work anyway and are more comfortable with the tile-type interface. The Surface comes with a keyboard that is compatible with typical office (no pun intended) requirements and the overall costs of the end user devices and the Office 365 will likely save some budget dollars. Moreover, with Windows 8 and Office 365, everybody can use the same applications. Plus, to paraphrase a cliché from another era, nobody ever got fired for buying from Microsoft.

Hold on a minute. There are a few wrinkles here. First, the Surface tablet, like most others, only communicates over a Wi-Fi network. Consequently, the firm needs to research, build and test a secure Wi-Fi network that provides the same throughput as does the traditional wired network before deployment can continue. That Wi-Fi network infrastructure needs to be planned in advance of any widespread hardware installations. Then, consider that the Surface tablets (along with any other tablet/pad device) currently can’t join a traditional Windows network domain. This means that network administrators who now use Windows domains for enhanced security for VPN connections will have to find a work-around to insure identity and data security. (5)

And then there’s licensing. Although the Surface comes preloaded with software, it is for non-commercial use and does not include Outlook®. That’s why Office 365 is needed for a business environment. IT asset managers will need to account for the software that is pre-loaded on the tablet along with the Office 365 licenses. Use of Intune will facilitate management of the devices and SkyDrive will keep data off of the tablets and in a secure and accessible environment. However, those are additional licenses if they are not already in use. Therefore, a comprehensive licensing review and replacement plan is necessary prior to deployment.

Next, here comes the question: to what degree does the company “lock down” the mobile devices? The portability and nearly unlimited data access are real advantages of the mobile technology. However, those same features create security and licensing risks as well. For instance, if the organization issues the tablets to the employees, and if even one end user visits an app store to download a non-standard application, reconciling that one application against corporate records becomes the IT asset managers’ headache during an audit. The device does, after all, belong to the organization, and it alone is ultimately responsible for what software resides on the devices. Similarly, any malware that finds itself on the mobile device by way of personal use can easily find its way into the corporate network. Once again, it ultimately becomes the organizations problem to scrub the system.

True, Surface, and all other tablets, provide security and use restrictions through network settings and “parental controls.” Indeed, as I have written before, any organization introducing tablets for general use should make the effort to set restrictions on each device, blocking access to app stores and undesirable websites and social networks. Of course, this requires use, and subsequent recording, of a password associated with each device. Device IDs and corresponding passwords can be stored on the CMDB to facilitate changes to the settings, but that still entails some extra work on behalf of the IT team.

This scenario becomes even more complicated when Android and Apple products are brought into the mix. With no commonality or compatibility across platforms, standardizing on an application suite becomes difficult at best. One work-around would be use of desktop as a service, which is device agnostic and works across the Web. (6) However, that solution requires yet another set of licenses, which is complicated by the need to calculate the exact number of subscriptions to buy and how many traditional licenses to replace.

Mobile device management (MDM) and mobile application management (MAM) also become more complex in a mixed mobile device environment. Software, policies and practices would have to be tailored to meet the requirements of a diverse group of devices. At this time, a single solution to manage all device types seems unlikely.

Security becomes a problem in a mixed environment as well. IT-related publications are rife with articles about Android vulnerabilities and how the platform is the new target for cyber-criminals. There is less news about Apple devices, and it is probably (?) safe to assume that the major IT and software security firms will write products for all three Windows 8 platforms (PC, Surface and Windows Phone).

So, what’s an IT manager to do? Certainly, the trend toward mobile devices can’t be ignored. BYOD may be an effective interim solution, but a managed program can require time, new software licenses for MDM and MAM (gotta love those acronyms) can mitigate some degree of cost savings possible with BYOD. Clearly, the current crop of mobile computing devices (MCDs – there I did it!) are not optimized for office use. A rush to convert may not be the best option.

There are some courses of action that IT professionals and IT asset managers can take to gently put PCs out to pasture. First, plan for change. Look at the computing environment and determine what job classifications most benefit from the introduction of MCDs. Fully examine networking requirements and determine if a wireless network environment is feasible. Then, look at all the MCDs and pick one. Just one, not a bunch. In this case, variety is not the spice of life; it is the stuff of which heartburn is made. Research what apps they can best use to do their jobs. Look into costs, software use restrictions (some apps are for consumer use only and have different terms for commercial use) and select a set of individuals to be a trial group. Get regular input from them and make changes to the overall plan accordingly.

As PCs in the identified job categories reach their respective end-of-life, introduce the selected MCD configurations. For jobs that are not conducive to an MCD, replace the PC with a new device (e.g. Windows 8 laptop) that can use the same basic software set. Strive to introduce a new IT infrastructure that is as homogenous as possible.

This gradual approach will take some time, but precipitous change can be more than “disturbing” and evolution is often preferable to revolution. The process really mimics the transition from centralized computing (remember mini-computers and dumb terminals) to PCs back in the 1980s. An evolutionary approach will allow you to fully evaluate the new technology as it emerges and make intelligent decisions. Nobody died from the earlier transition, and, done properly, fatalities can be avoided this time as well.

It seems inevitable that MCDs will become the dominant end-user technology, but there is no need to rush into the post-PC era. It will get here soon enough. 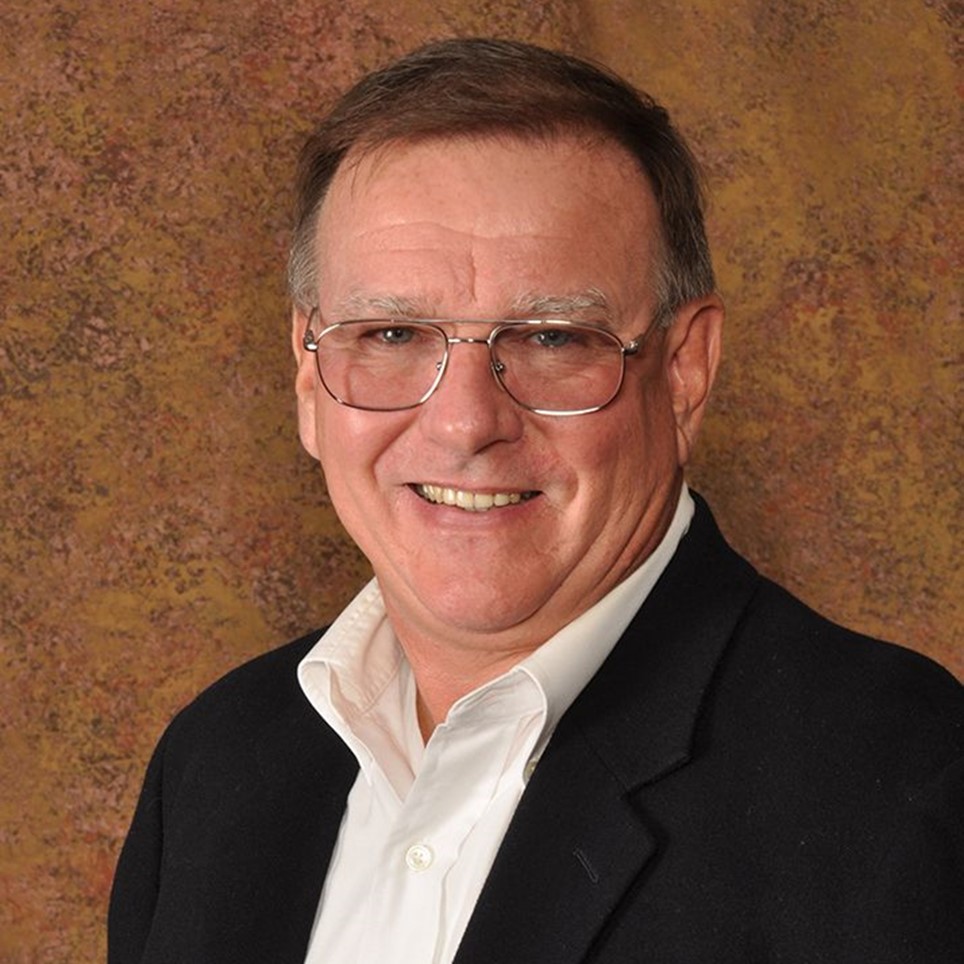