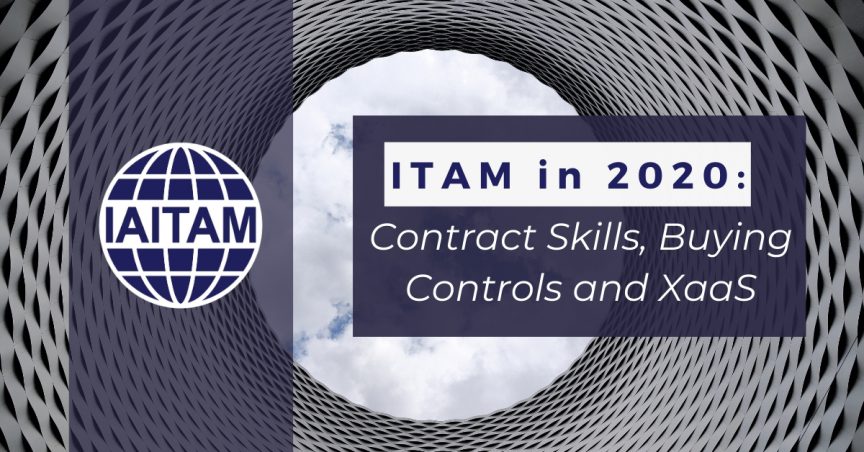 But if you have been an IT Asset Manager long enough, you know those black and white words quickly become gray when dealing with software license agreements. In 2020, The International Association of IT Asset Managers, Inc. (IAITAM) predicts that IT Asset Managers will be required to become more well versed in managing contracts. These contracts govern the do’s and don’ts that an organization must follow pertaining to software licenses and their usage. Sometimes, it’s hard to know exactly what you are agreeing to.

IAITAM predicts this shift will foster the addition of a new skill set to IT Asset Management (ITAM): the role of contract managers. It’s one of a few of the association’s annual predictions of how ITAM practitioners will need to adjust their duties and team relationships as technology and business evolve in the New Year.

With that, IAITAM, the association with its pulse on the ITAM industry, releases a few of its ideas of what is to come this year.

Not Everything Is Bad

As the year unfolds, IT Asset Managers likely will face more changes as the industry continues to evolve. Not all these changes are going to be negative. There are great strides happening in tools and functionality. Organizations have a wider selection of robust automation suites and discovery software that help alleviate some of the “block and tackle” functions of the profession.

The business industry is also becoming more aware as ITAM best practices are increasing in corporate adoption. At the highest levels of corporations, IT Asset Management is now part of the conversation more frequently. By cementing our place within the business world and providing actionable data and ROI on the ITAM Program, there are no signs of this slowing down.

The vision is clear, and the future is positive. May this be a year that sees ITAM finally coming to the forefront organizational recognition and value add!