As Doris Day famously sang “Que sera sera, the future’s not ours to see”, we can never be certain about what changes will affect our lives in the coming years. However, as business professionals one of our key duties is to anticipate and adapt to technology changes that will bring efficiencies to the organisations we work for. For IT and software asset management the next five years will see the radical transformation of IT procurement processes and the technology and skills required to support them. For software asset management and procurement the current focus is usually around the following aspects:

Over the next few years the following trends will decide who prospers and who falls by the wayside.

It is estimated that the amount of stored data is currently doubling every two years. The availability of cloud based PAAS (platform as a service) enables organisations to store massive amounts of data but in many cases, it is not being used constructively. B2C appears to lead the way with hand held devices that can tell an individual information such as how many steps they have taken, calories burned, time slept and where they are and where they are going while many CIOs don’t know how many computers are connected to their networks and what software is installed on them. The move to SaaS (software as a service) largely eradicates the need for compliance reviews and “pay as you go” provides a golden opportunity for efficiency improvements if managed correctly. The organisations that will prosper are those who analyse massive amounts of data to make sound business decisions quickly. For example, in a joint project with The Business Software Centre one major pharmaceutical company now regularly analyses 25 million software usage records on a regular basis to decide how software licensing costs can be reduced.

In the past IT and software asset managers were concerned about how many computers were connected to their networks but now with the advent of intelligent devices the question is “what is a computer?”. By 2020 there will be 200 billion IOT devices. In reality every one of these will be “computers” running their software and considered IT assets. If the devices can be upgraded or enhanced by new software versions and they are paid for on subscription payments who and how will they be managed. Will the SAM manager of today become the TAM manager of tomorrow or why does a new role exist? Grace Hopper created the first device independent software technologies that meant software could be created once and installed on many computers, so we now buy our software separately to hardware. Will the same happen for IOT devices? If so the role of the SAM manager is about to become a whole lot more complex and challenging with inventories to be created and service and maintenance contracts to be negotiated.

We are used to computers processing data and presenting information for manager to make the decisions but are we ready to allow computers to make decisions? In theory they should be better at making decisions than humans because they are faster, more accurate and capable of processing far more data. Why not leave IT and software licensing to them to analyse and make procurement decisions?

We can segment A.I. and associated decision making into two groups:

By 2020, 50% of all web searches will be done by voice. If you want an answer just ask a computer. Will those questions about numbers of devices, software installs, and usage be answerable by a box in the corner rather than the SAM manager?

Humans can speak 150 words a minute but only type 40 per minute, so it is far quicker than using a keyboard, plus searches can be done whilst doing other activities.

The implications for business are that the wealth of information in big data sources can now be accessed far quicker and more flexibly than before. This opens up new opportunities for procurement and associated purchasing efficiency. The role of the vendor sales person has to change when you can have a conversation with a machine and get all the procurement information your need. In addition, sourcing the best terms and conditions plus asking those what if questions become far easier for senior management. The real skill for the SAM or IT asset manager will not be in knowing what questions to ask but rather than knowing what assets have been procured. For the enterprising procurement professional, a new opportunity will arise where the buyer will be in a position to know far more than the supplier representatives about what options are available. Negotiations will change to more consultative about the best way forward and less adversarial than the current focus on compliance.

Most people will think of crypto-currencies when blockchain is mentioned, however the relevance for SAM is more around the security aspects of information and associated processing. Think of a series of transactions between two parties, each of which is encrypted and separated into blocks. Each transaction cannot be altered retrospectively without altering all the associated transactions. This effectively provides secure records between parties which can be used for secure ledgers and records.

A key cause of disagreements between vendors and end user organisations is disparities between software license entitlements and deployments. If deployments and entitlements can be tracked and compared in an encrypted form, then disagreements can be eradicated. ISO 199770 aims to set standards for managing IT assets with particular relevance to SAM standards, processes and technologies. Better information availability leading to improved decision making based on accurate data is a key desired state. Data can only be trusted if it is secure and cannot be altered retrospectively. Blockchain provides a technology which will ensure reliable and trustworthy data so long as both parties accept its use. Potentially this can mean fully digitised records of entitlements, installs and costs that both suppliers and users agree on.

From the above five major changes which will happen over the next five years there will be implications for everyone working in IT asset management. How organisations and individuals react to these changes will determine the ITAM leaders of the future. In effect it will not be a question of can the leopard change its spots, but does it want to?

Five years from now we will see the following major transitions:

Some SAM professionals of today may be left behind if they stick to their comfort zone of working through mega-spreadsheets in order to focus on compliance positions. However, for those who embrace the new opportunities for using data to fuel B.I. technology that shows how decisions can be made to improve cost efficiencies and ROI on IT investments then the future looks bright. But these changes don’t happen by themselves. As Andy Warhol stated “They always say time changes things, but you actually have to change them for yourself”.

Anyone who thinks IT and software asset management will be the same in the coming years is in for a shock. The major vendors such as Microsoft and Oracle are changing their business models and the technologies such as IOT and AI are already happening. As with all changes there will be winners and losers. It is vital not just to predict changes for the future but take advantage of them. As Warren Buffet said “Predicting rain doesn’t help, building arcs does”. 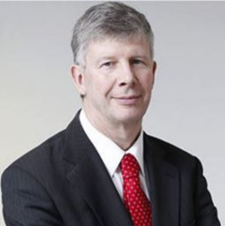 Phil Hames is the Director of The Business Software Centre Limited.