It is always the constant challenge for any manager to ensure that their team and the efforts of their team are viewed by leadership as an indispensable part of the organization. There is the continual need to validate why the team exists and why you have the staffing you do. Then there is the constant ask to do more with the team you have despite that fact you have been waiting for over 6 months for the hiring freeze to be lifted so an open position can be filled. This is no truer for any team as it is for any Information Technology Asset Management (ITAM) teams.

Using Six Sigma is an invaluable tool for any manager to identify and improve service delivery to end customers to show, with hard data, why the team exists. Six Sigma is a data driven approach that utilizes data analysis to drive change through the define, measure, analyze, improve, and control (DMAIC) process. Improvements can be implemented within all departments to achieve both hard and soft savings, while increasing customer satisfaction both internally and externally.

Six Sigma is also a great way to develop up and coming leaders within your ITAM organization while also driving significant improvements. Doing this creates a positive culture of change within the group and gets team members thinking critically about all the steps it takes to do their work. Team members quickly learn to identify MUDA, the Japanese term for waste, and look to remove these non-value added steps. Six Sigma is especially useful if you are new to an organization and looking for some quick wins.

After reviewing ticket information, talking with the team, leadership, and some of our customers it became very apparent that the delivery of existing end user software to thick clients was a huge pain point for the organization. A six month sample uncovered that out of 701 software tickets 534, or 76%, were closed more than 10 days after the request was submitted. The average time to close was 37 days and each defect (ticket closure greater than 10 days) had an estimated cost to the organization of $184.45 per defect. These hard facts gave the required data that leaders needed to sign off on allowing a formal SSGB project.

The guiding principles of the project was to make the process as easy as possible, not require the purchase of a new tool, and keep customer service as the most important basis for this work. The three major areas identified by customers and the team was there was no clearly defined ticket management standard operation procedures (SOP), no one team centrally provisioning the majority of software, and there was no standard tool for tracking software.

To address the major pain point the following improvements were made. The team centralized to one standard process which moved the install of software to end user devices to the ITAM team. The ITAM team was trained on remote software provisioning processes and removed a ticket hop to desktop support and allowed the ITAM team to install software in parallel to doing license reconciliation. Finally, the organization standardized from 3 SAM tools to a single SAM tool.

As a result the defect rate dropped from an average of 76% to less than 3%. The average install time dropped from 37 days to less than 3.5 days with a few tickets being processed in less than 7 minutes. 87% of all thick client software installs were processed by the SAM team and didn’t require local assistance. Most tickets that were passed to other teams for install were due to geography. Ticket throughput increased by 66.9% and cost avoidance increased by 127%. The team was also able to release one open FTE position, eliminate ticket backlog, give back 3.4 FTE worth of desktop support team time, and begin taking on extra work. In the first six months the operational budget was reduced by $202,000 (hard savings) as well realizing $489,560 in cost avoidance (soft savings).

These significant improvements in process, cost savings, and customer satisfaction quickly got the attention of senior leadership. The project has been nominated for a few organizational awards and as a result 2 other SSGB projects were easily approved for 2017. These will be led by 2 up and coming leaders within the team who wish to obtain their SSGB certification. Six Sigma is an invaluable certification and tool to any manager who wants to make significant impacts to their organizations bottom line and customer satisfaction scores. 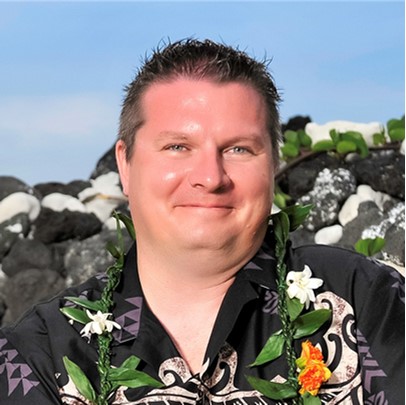 Brett Sturgeon is the Sr. Manager for IT License Compliance and Asset Management for IGT