Skip to content
Previous Next
What’s IT Worth during Disposal? – Understanding Value Predictability at the End of the Lifecycle

What’s IT Worth during Disposal? – Understanding Value Predictability at the End of the Lifecycle

How would you like to reduce the total cost of ownership (TCO) of your IT assets by 14%? If these assets are on a four year refresh and you run a well managed asset management program that allows for the resale of your reusable assets, then this savings could easily be yours, according to an Intel report on the TCO of desktops and laptops.

We wanted to get a sense of how true this claim is based on the actual resale values of hundreds of thousands of IT assets that we refurbish and resell each year. By looking at trends in resale values and rates, we hoped to discern a reliable metric to help predict the resale values of various IT assets when they are retired from their initial use. With this information, IT Asset Managers would be able to take recover values into consideration and plan better for the TCO of their assets.

For this report, we analyzed over 39,000 desktops and 20,000 laptops collected and resold by Cascade Asset Management between January, 2012 and March, 2014. Cascade is an IT Asset Disposition (ITAD) firm in the Midwest that serves medium and large size organizations primarily in the financial, healthcare, manufacturing and government sectors. These computers and laptops were predominantly from major OEMs (HP, Dell, and Lenovo), with less than 10% being “White Box” systems. The resold items ranged from equipment manufactured over eight years from resale (with single core Pentium processors), to Quad Core computers resold by Cascade three years after the initial manufacture.

Cascade performed basic cleaning and refurbishing of computer equipment prior to selling these items through various online and direct retail channels, as well as through wholesale channels. Cascade may also re-install Windows operating systems on these machines, but for the purposes of this study, all resale prices represent the price of the barebones computer without any software or OS.

Our research indicates that the generation of computers and processors retired three to four years after initial manufacture hold a distinct position as the market price leader with the greatest price dynamics while all other generations of computers maintain relatively low and consistent resale pricing. For example, when Quad Core laptops entered the resale market in earnest in the first quarter of 2013, resale prices for these devices with i5 processors averaged $255 in our data set, or about 26% of their original sale price in 2010. On the other hand, resale values for Dual Core laptops that were 6 – 7 years old averaged about $86 during the same period, bringing in just 4% of their original purchase price.

Desktop PCs do not tend to hold their resale value as well as laptops, which is primarily due to the fact that there is less of a demand for them on the secondary market. For example, we found that used Quad Core computers resold three years after their introduction into the marketplace were selling for an average of $123 in early 2013. That is just 15% of their $829 Manufacturers Suggested Retail Price (MSRP) in 2010.

The typical resale lifecycle for computers can be described by analyzing two variables—the average resale price of a particular type of computing device sold during a given period (we evaluated sales on a quarterly basis) and the number of units sold during that period. Over time, resale values generally decline, as is expected. In addition, the typical quantity of a given generation of a computing device retired from initial use follows a bell curve. There are some organizations that refresh equipment earlier in its lifecycle and some others wait years later to turn over the same generation of IT equipment, with the bulk of users turning in their devices in the middle of the resale lifecycle.

One example of these trends can be observed in the resale lifecycle of Dual Core (1.6 GHz – 2.0 GHz) laptop computers processed and resold by Cascade (see Figure 2). These units first trickled into Cascade’s processing centers in 2010; four years after Intel introduced this processor. They started to arrive in more significant numbers by late 2011. Retirement of these devices from initial use peaked six years after they were purchased. As the supply of used laptops hit its maximum point in the 4th quarter of 2012, the average price paid for these units saw its greatest decline. This is a simple example of the effect of supply and demand on the price of used electronics.

How Fast is the Decline?

Previous studies indicated a much starker decline in resale values over time. A Gartner report from 2003 [2] made the assumption that PCs retired after three years would generate a resale value of approximately “…3 to 5 percent of the original equipment cost. For machines disposed of in year 4 or later, sale processed would be zero.” Aberdeen Research wrote in 2003 that “If stored IT equipment has any resale or recycling value, it depreciates between 6% and 10% per month.” At a 6% monthly depreciation rate, a computer would be worth 11% of its original value after three years. At a 10% monthly depreciation rate, that computer is only worth 2% of its original value three years later.

More recent papers present a less dire picture of residual resale values at disposition. In the 2009 White Paper published by Intel (“Using TCO to Determine PC Upgrade Cycles”), the authors contend resale values drop at a rate of about 3% per month. That would put a three year old computer worth about 34% of original value.

In general, when looking at our data set of about 60,000 assets sold between January, 2012 and March, 2014, Cascade determined the average monthly depreciation rate of IT assets at about 3.5%. This finding is more consistent with the study by Intel that reviewed 90,000 assets. As a result of this standard rate of decline, the drop in resale price is greatest initially, and then prices drop less each period.

This chart can serve as a useful tool to decide on the potential resale value of your retired IT assets given different refresh cycles. For example, if you choose to extend a refresh of assets from three to four years, and you assume a 3.5% monthly depreciation rate, then the difference in value you are expected to generate from the resale of an asset is about 9.6% of its original price. If you extend a refresh period from four to five years given the same resale depreciation rate, then you would only lose 6.3% of the original value of the equipment from resale. Of course, there are other factors affecting the TCO of your IT assets, including the likelihood it will cost you more to maintain and service PC’s as they get older.

We can draw several conclusions from our review of a large number of resale transactions of used IT equipment from typical corporate and institutional IT users:

With an understanding of these conclusions, and based on lessons Cascade has learned when maximizing recovery values on surplus IT assets, firms should adopt the following set of best practices to optimize their asset retirement program: 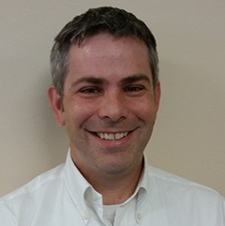